Warning: count(): Parameter must be an array or an object that implements Countable in /customers/c/7/2/thehappinesssweetspot.com/httpd.www/wp-includes/post-template.php on line 284 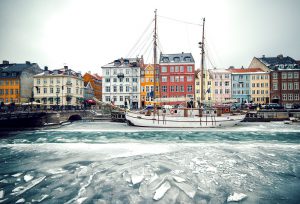 The index, released by international graduate university Insead, put Copenhagen ahead of Zurich, Helsinki, San Francisco and Gothenburg in its first ever global cities ranking.

In it country ranking, Denmark was eighth. Switzerland was in first place, while three other Nordic nations were also in the top ten. Sweden was fifth while Finland and Norway took the two spots after Denmark.

According to Insead, the indices measure how countries and cities “grow, attract and retain talent”.

This year marked the first time that the GCTI also included a city ranking, with Insead considering 46 cities from around the world.

Bruno Lanvin, who authored the city report, said it “offers a vivid picture of a world in which talent moves not only from country to country but also from city to city, often across national borders”.

“Cities are hence emerging as global players on the talent competition scene; the initial GCTCI rankings show that although megacities such as San Francisco, Madrid or Paris are among the leaders, smaller cities such as Copenhagen, Zurich, Gothenburg, or Dublin are competitors to be reckoned with,” Lanvin said in a press release.

“They are cities where talents can find excellent career opportunities, good connectivity (broadband and transport) and a high quality of life for themselves and their families,” he added.

The capital’s top placing in the GCTI is the latest in a long line of accolades for Denmark’s business environment. For three years running, the World Bank has declared the country the best place in Europe to do business. Business magazine Forbes has gone even further, calling Denmark the best country in the world for business, pointing to its ‘flexisecurity’ model and streamlined process for entrepreneurs.
Just last month, the research firm Universum’s ‘Global Workforce Happiness Index’ concluded that Denmark has the world’s most satisfied employees.
Copenhagen itself, of course, is also no stranger to ‘best of’ designations, including being called the world’s most livable city and the best city for cyclists.

In a social and societal context, The Happiness Sweet Spot also addresses the role and possible obligation (CSR) for organizations in creating well-being and happiness for individuals and nations.
Business Process Re-engineering, Best Practice, Operational Excellence etc., is necessary but not sufficient. This is only a “license to operate.”
Your real, unique, competitive advantage is in your Purpose, your culture and how you manage and lead your people: The Happiness Sweet Spot.